Troy has over 33 years experience in the lighting industry. Originally started working for Clearlight in the 70’s a family owned business that designed and supplied gear to tours like Lynyrd Skynyrd, Peter Frampton, Willie Nelson and more. Troy went on to work for LD Systems for 16 years (a Houston based company.) During these years Troy designed, programmed and operated shows for many touring bands through the 80’s and 90’s. Along with tours he designed and operated many large corporate shows and trade show events. Currently Troy is president of Chroma Designs Inc. a Spring Texas based company. Chroma Designs Inc. has been in business for 17 years and provides design, consulting, programming and show operating services. Troy has taken the entertainment technology and has integrated it into many permanent install for architectural purposes. 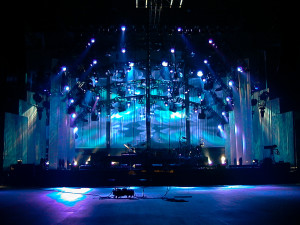